HOME – LETTER FROM THE CHAIRMAN

LETTER FROM THE CHAIRMAN 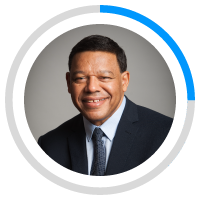 Having spent many years promoting aviation development in Africa, I was very pleased to be elected Chairman of the African Business Aviation Association (AfBAA) in May, 2018, by AfBAA’s Board of Directors during the European Business Aviation Conference & Exhibition (EBACE) in Geneva, Switzerland.

I have previously served as an elected Secretary General of the African Airlines Association (AFRAA) and am currently the Chief Advisor to the Association of African Aviation Training Organisations (AATO) and a Fellow of the Royal Aeronautical Society (RAeS), UK. Over the years, I have provided a wide-range of consultancy and advisory services to international and African aviation organisations and governments.

My immediate goals as AfBAA Chairman are to make the Association more relevant to its members and to ensure its financial sustainability. In this regard, although AfBAA, in its early years, raised significant funds, by the time of the leadership transition in May, 2018, it was technically insolvent.

AfBAA took a decision to honour its legacy debts as a priority and to restore financial confidence in the Association.

Another key decision was to widen the remit of AfBAA to embrace both business and general aviation in Africa, thus giving it a much wider and deeper footprint on the continent.

Following the restructuring of AfBAA, we are optimistic that the implementation of the Association’s key objectives will provide a solid foundation for it to grow and prosper.

Do join us in building a strong Association dedicated to supporting and promoting business and general aviation in Africa.